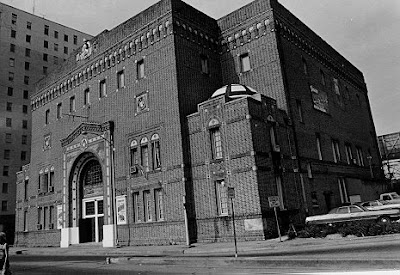 I grew up in New Orleans and in its environs, and have lived everywhere from Uptown, the Irish Channel, Downtown, Broadmoor and Central City, in addition to some of our illustrious suburbs. I’ve lived in many other cities and have traveled to even more both throughout the US and the world, and I can tell you, despite the problems we have here, this is a very fine place to live. Once you’ve lived in New Orleans and enjoyed everything it offers, any other city pales in comparison. That’s why so many people stay here and never leave. That’s why we’re attracting a lot of young people from outside of our “borders” who have gone to school here, or who have come to New Orleans post-Katrina to help with the rebuilding, have fallen in love with the city, and decided to stay.

New Orleans has never been truly  open to outside influences (remember, we’re real resistant to any kind of change). So getting new blood and new ideas in the city is potentially a good thing for everyone.  We need change from the old way of doing things. I’m anticipating that we’ll have a very positive change in city government, and hope that the Landrieu team does not disappoint.

I wonder what would happen if every “outsider” young guy who stayed in New Orleans, got married and had kids thought that Mardi Gras krewes were nonsensical and decided to opt out of participating in the krewe’s ball. What if all the music clubs on Frenchmen Street were taken over by people who didn’t like traditional New Orleans music and it turned into a street of dance clubs and electronica bars? How do we perpetuate the very things that make up the fabric of our culture and make those things as important to people who weren’t brought up “within it”? Is that possible?

Personally, I think that the strength of our music, food, history and culture is probably sturdy enough to stand the test of time. But what we need are some obvious young flag-bearers who can carry it into the future. This is the kind of stuff I think about—I guess because as you get older, you start considering your legacy , and I really do worry about New Orleans’ future. The legacy of this city’s music and culture is way too rich and important for it to languish in the future, or be brushed aside by a generation who just doesn’t get how special New Orleans is. How do we ensure that our cultural legacy continues?