Irma Thomas (L, photo by Noe Cugny) will make her Satchmo SummerFest debut in 2018, while Ashlin Parker (R, photo by Willow Haley) will lead a trumpet tribute to Louis Armstrong.

The Satchmo SummerFest presented by Chevron has announced the complete culinary and musical lineup for its 18th annual celebration. This year, the event will take place from August 4-5 at the Jazz Museum at the Old U.S. Mint. French Quarter Festivals, Inc. has honored the life, legacy and music of Louis “Satchmo” Armstrong through SummerFest since its inception in 2001. In addition to various live performances, attendees can escape the heat with indoor activities like Pops’ Playhouse for Kids or the Satchmo Legacy Stage, which features discussions and presentations from renowned Armstrong scholars.

Headlining the musicians making their Satchmo SummerFest debut this year is Grammy-winning Soul Queen of New Orleans, Irma Thomas. The famed and decorated vocalist will close the weekend’s festivities with her Sunday night performance. Of festival honoree Louis Armstrong, Thomas said, “Mr. Armstrong was an influence on a lot of young children, including me. I never thought I would be in the business but then saw him as King Zulu when I was nine years old. That parade passed right in front of my house and left such an impression!”

For adventurous beer and wine connoisseurs, the Sonoma Cutrer Rosé Café will be open, and the Abita Beer Garden will be serving company favorites and seasonal brews.

On Thursday, August 2, the Satchmo SummerFest weekend will kick off with a fundraiser to benefit French Quarter Festivals, Inc. An Evening With John Boutté will take place at the historic Omni Royal Orleans, where 2018 Spirit of Satchmo winners Ashlin Parker, Bethany Bultman and Ellis Marsalis will also be honored. Tickets are available for $65 each or $100 per couple. 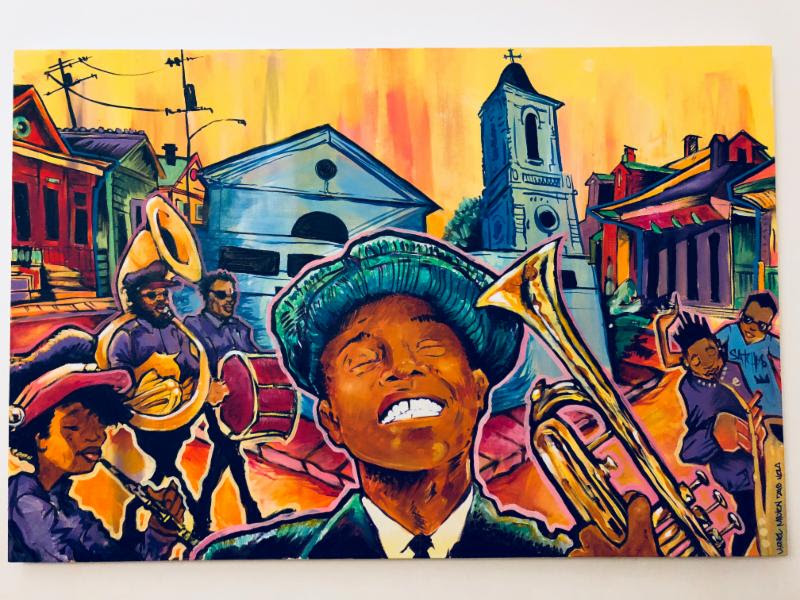 Admission is $5, and children 12 and under are free. Profits help support local musicians and pay for the event. More information can be found at https://satchmosummerfest.org.

The full schedule for the 2018 Satchmo SummerFest presented by Chevron is as follows: