Dwayne Dopsie accepting one of two awards at Best of the Beat 2017. Photo: Kim Welsh

The city’s royalty packed Generations’ Hall last night for the 2017 Best of the Beat Awards, the 23rd annual party/ceremony celebrating another phenomenal year in New Orleans music. The event featured food from some excellent local eateries, from Marjie’s to Nacho Mama’s to Ms. Linda, the YaKaMein Lady; an award ceremony to honor this year’s most outstanding musicians and industry professionals; and of course, plenty of music.

Jan Ramsey, OffBeat’s founder, publisher, and Editor-in-Chief, emceed the award ceremony. The night’s biggest winners were Tank and the Bangas (Artist of the Year, Best R&B/Funk artist, Best Music Video). Singer/spoken word poet Tarriona “Tank” Ball accepted the Artist of the Year award with a brief but characteristically zany speech, thanking her family and friends for helping her “untangle the Christmas lights in [her] head.”

Troy “Trombone Shorty” Andrews took home Album of the Year, Best R&B/Funk Album and Best Trombonist. He accepted his awards gracefully, but with over 20 Best of the Beat awards already in his mother’s trophy case, it was clear he’d been there before.

For the first time ever, the Best Emerging Artist award went to a secret society. Several of Trumpet Mafia’s most elusive capos stepped reluctantly into the light to accept the honor. “I’d like to thank Offbeat for being the only magazine to talk about Trumpet Mafia, even when we wanted to stay anonymous,” said Ashlin Parker, the group’s shadowy figurehead, in a somewhat backhanded acceptance speech. “I told myself I wasn’t going to cry, and it worked.”

In a less shocking turn of events, the Allen Toussaint Song of the Year Award went to fellow trumpeters Kermit Ruffins and Irvin Mayfield for their single, “Allen Toussaint.” But it was Nicholas Payton who took home the actual Best Trumpeter Award. “I’m blessed to be here, blessed to be playing music, and blessed to not be indicted on 19 counts by a federal grand jury,” he joked, a clear jab at Mayfield, who is currently on trial for 11 counts of money laundering, four counts of wire fraud and more. Later, Payton posted a photo of his award to Instagram, captioned “The world celebrates mediocrity, but sometimes, they get it right.”

Full List of Winners:
Artist of Year: Tank and the Bangas

Songwriter of the Year: Paul Sanchez

Best Music Video: “Quick” by Tank and the Bangas, Directed by FosterBear Films.

Producer of the Year: David Torkanowsky

Click on the photo below to see the full gallery of photos, which will be updated throughout the day. 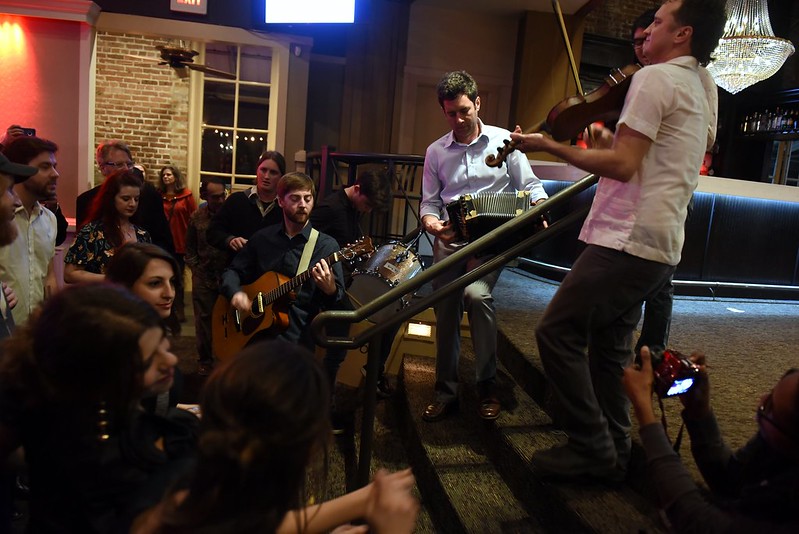 Thank you, New Orleans! See you next year…