Paul Robertson of The Soul Rebels performing at Tipitina's on 11.8.19. Photo by James Cullen

On Friday, November 8, 2019, The Soul Rebels (who appeared on the October 2019 issue of OffBeat) celebrated the release of their new album, Poetry In Motion. There, they were joined by some of the album’s guest artists including Tarriona “Tank” Ball, Alfred Banks, Denisia, Kayla Jasmine and more.

The party took place at Tipitina’s, where the band was given a key to the City of New Orleans by Mayor LaToya Cantrell’s office. There was also a brief ceremony declaring an official “Soul Rebels Day.”

Below, check out a gallery of photos from the historic, sold-out party, taken by James “Accidental Cajun” Cullen. 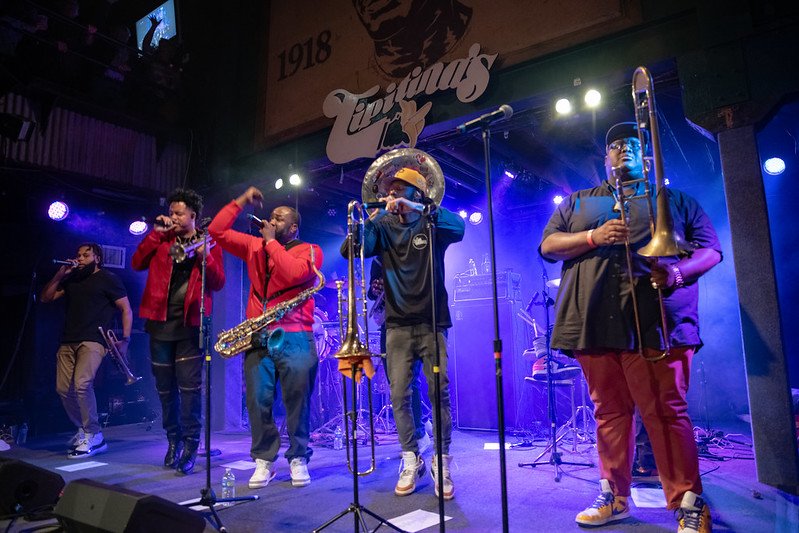 In January 2020, The Soul Rebels and Tank and the Bangas will head to Havana, Cuba for a historic concert with Cuban juggernaut Cimafunk. Click here for more information about “Getting Funky in Havana.”