BANKS performing at the Fillmore New Orleans in October 2019. Photo by Jessica Alysia

Now I have been a fan of BANKS since she came out with her debut album. Her lyrics are like sweet daggers, words that feel good but are blunt and to the point and seeing her live was such a beautiful experience. I can’t say enough positive things about having seen her at the Fillmore, I love their lighting, the sound is incredible, and the vibe is always amazing for vocalists. The intimate crowd, somewhat smaller stage, the chandeliers glowing above fans, all set the mood for a Wednesday night with BANKS.

She played most of her new album III, as well as previous album hits. I can’t believe how amazing her voice was live. Her voice is different from most female vocalists; she hits a little different to me. She’s got this pop vibe but mixed with a smidge of EDM, soul, alternative, and maybe even a little hip hop which turns into her signature BANKS sound.

Photographing her was such a treat, the outfits and her lighting made for beautiful images. I got home from the show and couldn’t wait to see what I had captured. Although I missed the set time to photograph the opening act, Kevin Garrett, I did get the opportunity to her the second half of his set and I was pleasantly surprised. Garretts’ voice was beyond beautiful and seemed to compliment the tour well.

For anyone reading that hasn’t heard of BANKS, go YouTube her NOW! The Orange County native is more than worth the time, her songs are some of my favorites, and her lyrics are kind of everything. 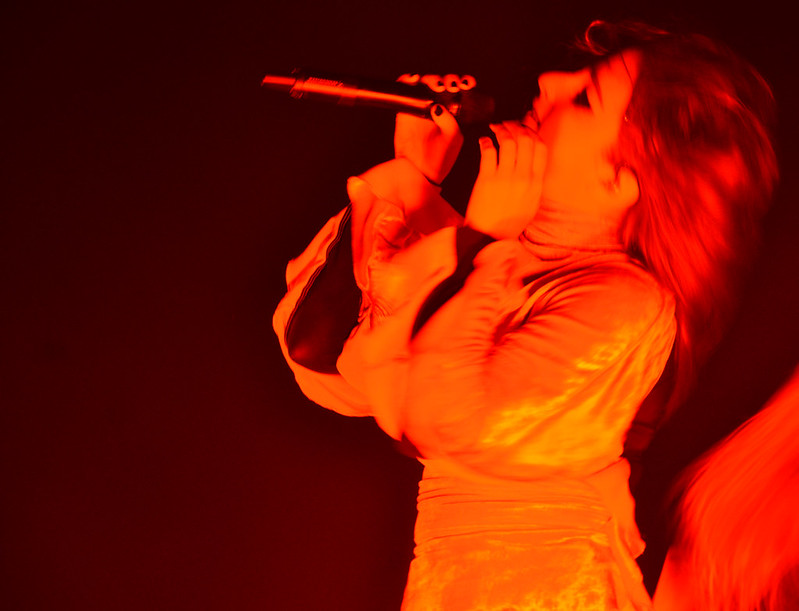